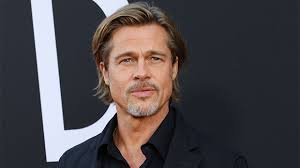 Well, just when you thought you have heard enough about him, Brad Pitt comes back with a bang. Yes, that’s right. A woman from Texas has, indeed, sued him. But why did she do so? Well, apparently, the A-listed actor had promised her that he would marry him in the future.

However, in truth, he did not really do so. But, he did rip her bank balance by taking quite a lot of money from her. And, it all started with a charity debacle. So, the name of the woman is Kelli Christina. She is the CEO of a healthcare organization in Plano, Texas.

Kelli has claimed that she has all the papers, which suggest that she has, indeed, paid him $40,000. She did the same to prompt Brad Pitt to make five appearances at different charity events. However, things did not go as she had wanted. Well, with Brad, it never does, right?

Moreover, the lady has also said that their relationship with each other was quite close. They had various discussions of marriage as well. However, the attorney of Pitt has already had his say on it. According to him, it was a cyber scammer who tricked Christina, and not Brad.

So, let’s see how far this debacle goes!