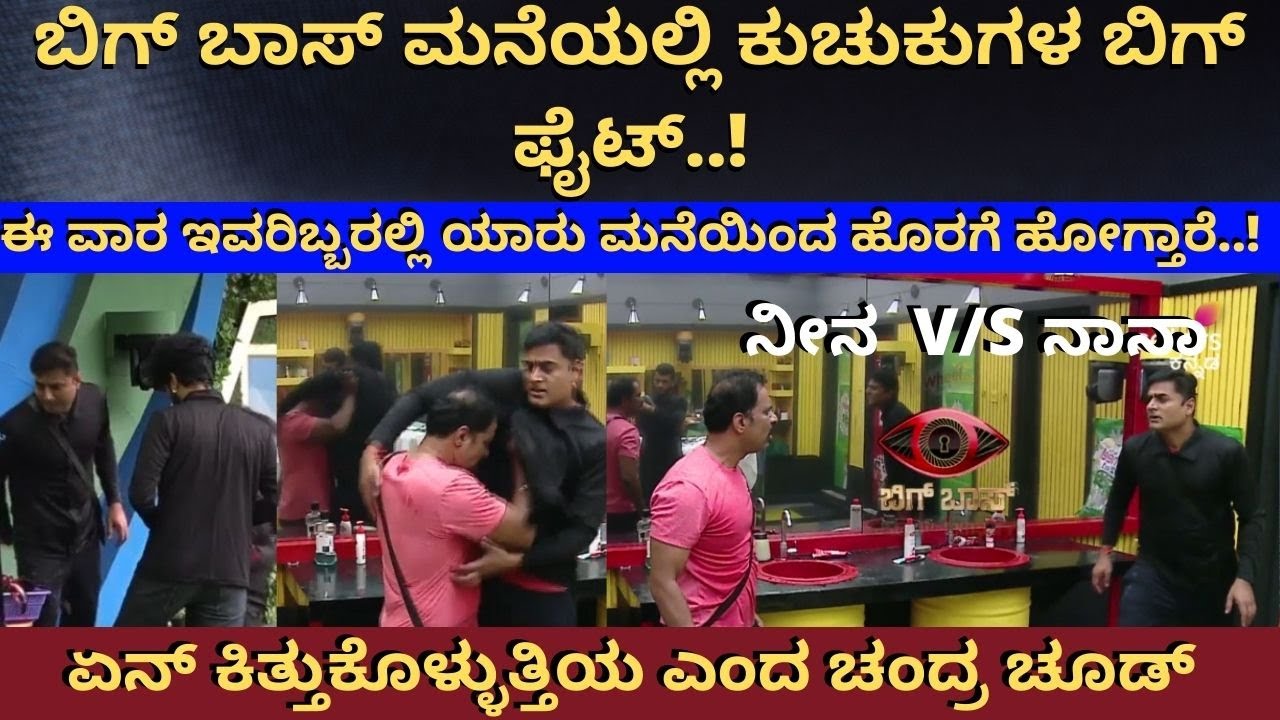 But, Chakravarthy has failed to impress the audience. The first and foremost attribute to get closer to the audience for any contestant is to play a fair game.

BBK viewers would never tolerate or encourage contestants who talk bad behind their back. For the past few days, Chakravarthy Chandrachud has been doing the same in the house. He is bullying Prashanth a lot, focusing on his goal in the second innings. Chakravarthy is spoiling it by defaming Prashanth on national television.

We know that there are favorites for viewers. However, there are a few neutral viewers too, who are supporting Prashanth. They have raised their voices on social media, requesting Sudeep to eliminate Chakravarthy this weekend.

There’s no way he can escape elimination unless Colors Kannada saves him again over TRPs ratings because he keeps creating gossips and fights in the house, thereby ensuring drama. However, after all that happened, we think Sudeep will show him the exit this weekend.

It will be interesting to see who will be getting the maximum number of votes this weekend. It will be a close call between Aravind KP and Manju Pavagada as the fans of both these contestants are voting hard and rooting for their favorite to get the top spot.

Sudeep will be revealing the contestant with maximum votes this week and it will give us an idea about the finale contestants of BBK8.

One thought on “Bigg Boss Kannada 8 Elimination: Chakravarthy Chandrachud to be evicted this week, KP Arvind or Manju to take top spot”