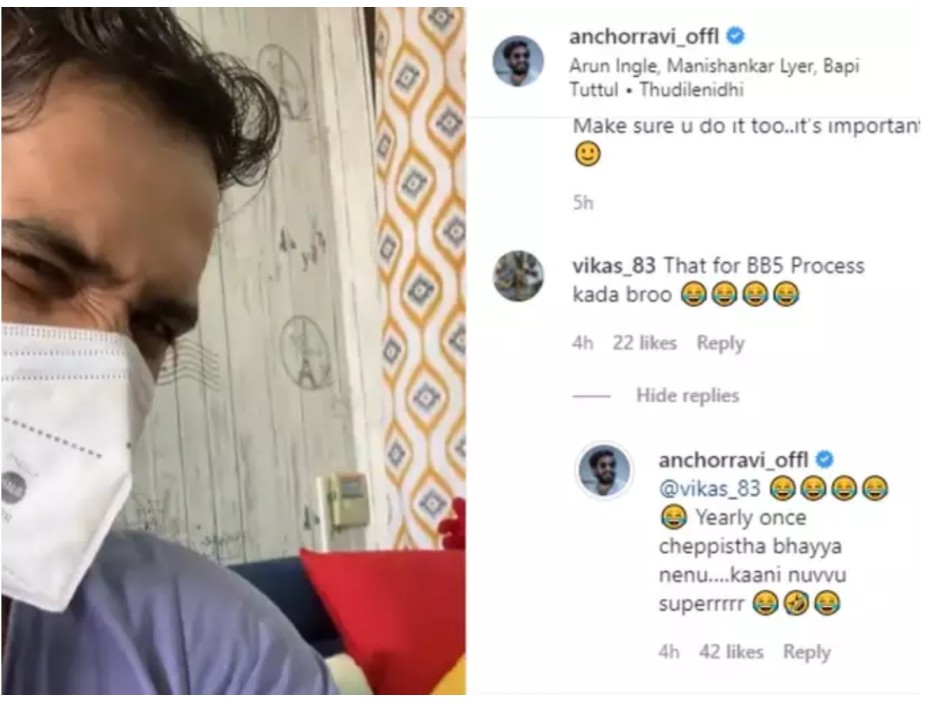 Rumors are coming that Anchor Ravi is going to be in the fifth season of Bigg Boss. Until then, Ravi had said that he would not go to the Bigg Boss show. However, the name of anchor Ravi in ​​the list of Bigg Boss fifth season contestants continues to come in the form of leaks. However, a netizen asked Ravi the same question. He was asked if he was going to appear as a contestant on the show. Anchor Ravi satirized the rumors that something was amiss.

Recently, however, the question of the Bigg Boss show was raised once again. Ravi recently shared a video. In it, he says that he will definitely get a full body checkup once a year and once every six months for the grandmothers at home. But is it for Bigg Boss?