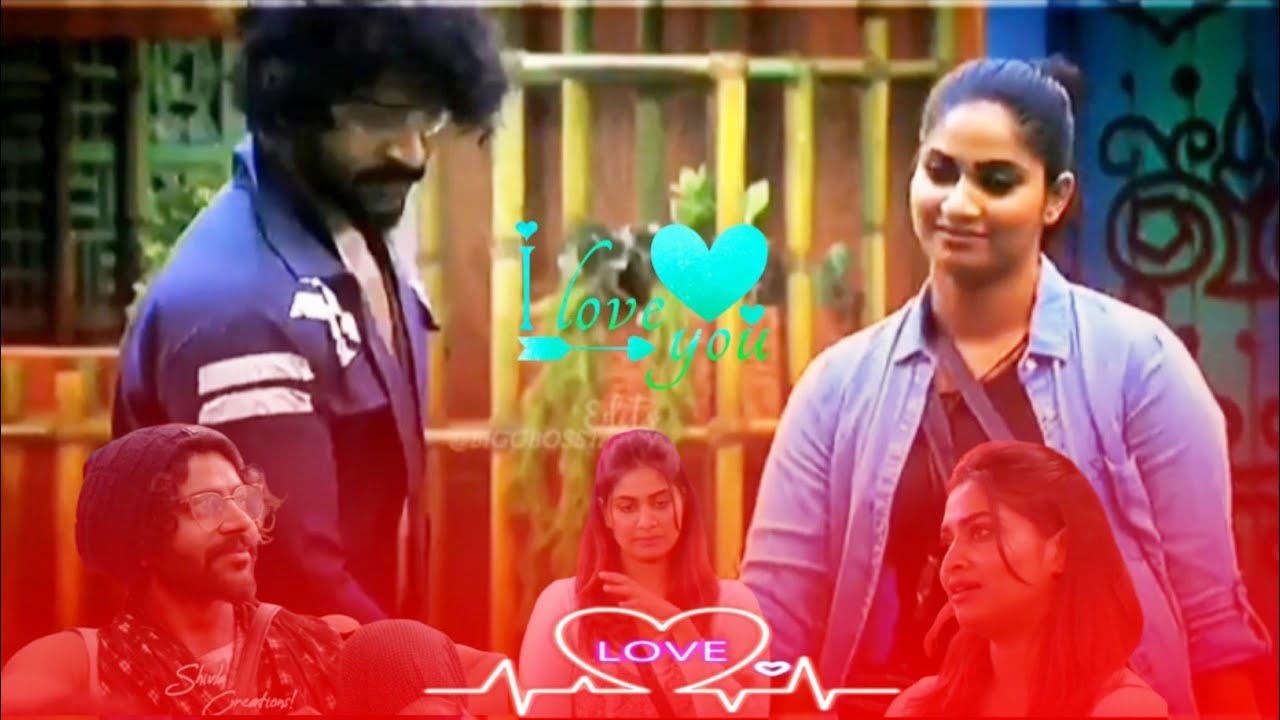 With scenes of Balaji-Shivani romance on the Bigg Boss show running for the past few weeks, Netizens have come to know within a few days that this romance is, as usual, a fake love affair like previous seasons. Will the audience know what happened after the Kavin-Losliya love once Bigg Boss ended, which was shown as Divine Love during the show but later after Bigg Boss abruptly ended.

The audience and so fellow contestants commented that the Balaji-Shivani romance was fake and artificial. Ramya Pandian, in particular, commented about Balaji-Shivani’s love is not only humorous but also real. 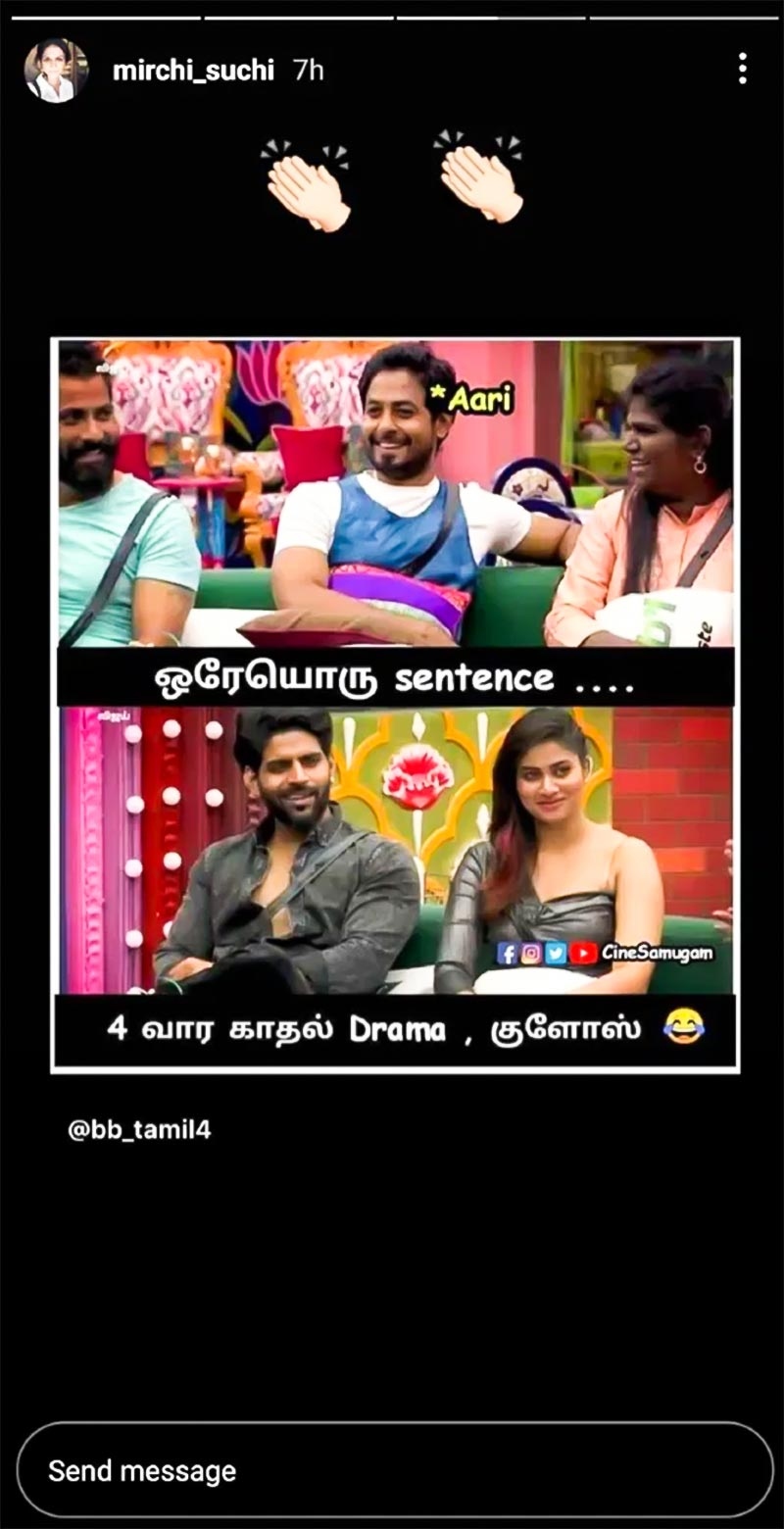 In this situation, Suchi, who was evicted from the Bigg Boss house yesterday, posted a meme about Balaji-Shivani love on her social media page and commented on it as ‘super.’ During last week’s nomination, Suchi referred to Balaji as ‘super’ when he told Aari that ‘love is blind’ and immediately admitted that he had no love. The secret of love is broken after Balaji said that there is no love between him and Shivani.

Earlier, when Suchi spoke to Kamal, she said, “Rio, Archana, and Nisha have two faces, one in front of the camera and the other behind the camera.