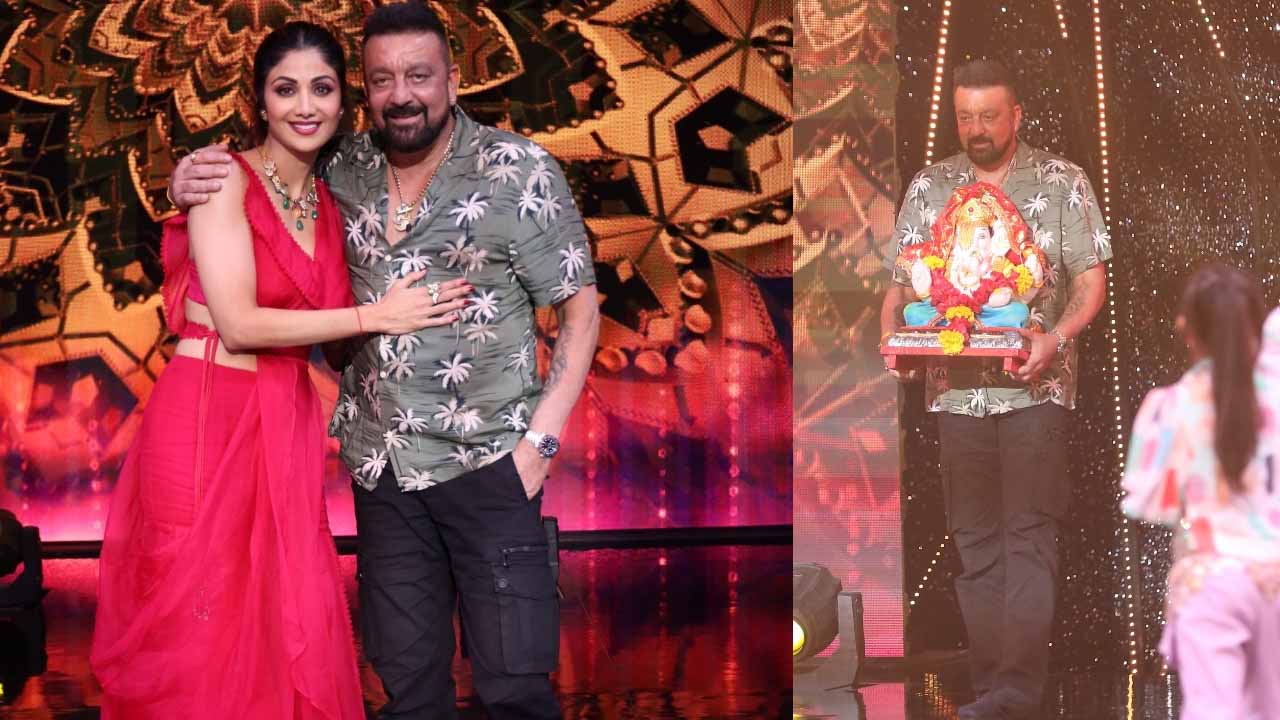 Super Dancer Chapter 4 will be bringing in all the views this weekend. Shilpa Shetty has returned despite the tumultuous nature of her life. This week as Mumbai celebrates Ganesh Chaturthi, the showrunners are bringing a special guest. This weekend’s guest will be Sanjay Dutt. He will bring his wit and charisma to the show.

Sanjay Dutt will bring Ganesha to the show. Images of him carrying the idol on the dais has brought much joy to the fans. Viewers are awaiting his historic entry into the show. This week is also important since the Top 10 contestants will be revealed.

The evening is going to be filled with exciting performances. Aneesh and Super Guru Akash perform on the song “Rocky Mera Naam”, and thrill Sanjay Dutt. Arshiya and Super Guru Anuradha also perform to pay homage to the actor. Spriha and Super Guru Sanam will choose the song titled “Saavan Ka Mahina”, all these performances bring the hosts to the stage, and will give a lively atmosphere.

Sanjay Dutt has also joined the show and the festive dances are on. The following contestants are a part of the Top 13. Now, there will be only the Top 10 will proceed further. The eliminations will be on this week.

Let’s wait and watch, and hope the best for our favourite contestants.