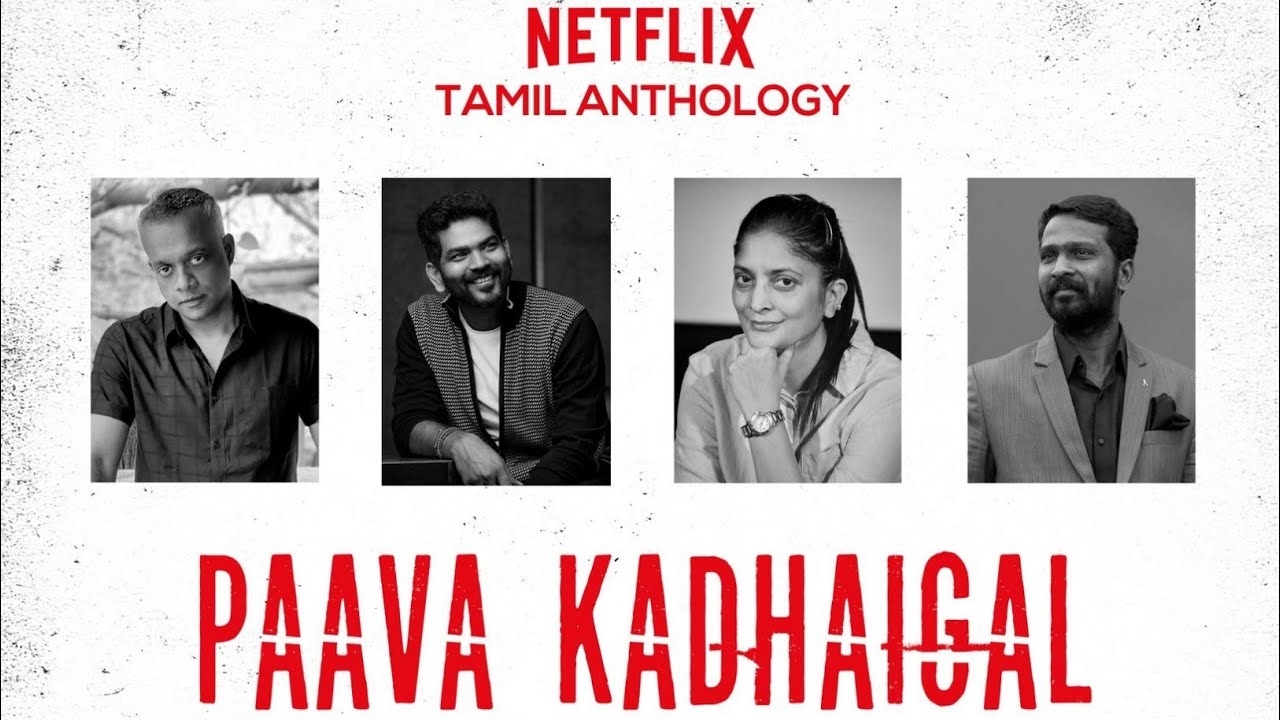 Netflix is on a rampage with a string of original releases in Indian regional languages. On these lines, Netflix will release its first film in Tamil, “Paava Kadhaigal”. “Paava Kadhaigal” is an anthology with four different episodes starring some stellar actors, renowned directors behind the scenes. “Paava Kadhaigal” is scheduled to release in December 2020 and there is a lot of buzz around the first ever Tamil Netflix anthology’s cast, directors and episode titles.

VaanMagal is directed by Gautham Vasudev Menon. The cast of this episode will include Simran and GV Menon.

OorIravu is directed by Vetrimaran. The cast of this episode will include Sai Pallavi Senthamarai and Prakash Raj.

Love Panna Uttranum is directed by Vignesh Shivan (Nayanthara’s husband). The cast of this episode includes Anjali and Kalki. In a recent interview related to Paava Kadhaigal Vignesh Shivan quoted, “As a filmmaker, being able to tell your story to a diverse audience, alongside three respected directors who believe in your story as much as you do, is an incredible opportunity. This film explores the dark, often agonising side of human relationships, tabling thoughts many have but are afraid to vocalise,”

Thangam will be directed by Sudha Kongara (Soorarai Pottru fame). The cast of this episode includes Shanthanu Bhagyaraj, Kalidas Jayaram and Bhavani. According to Sudha Kongara in an interview, “Thangam will revolve around the theme of unconventional, unfettered, and unconditional love”