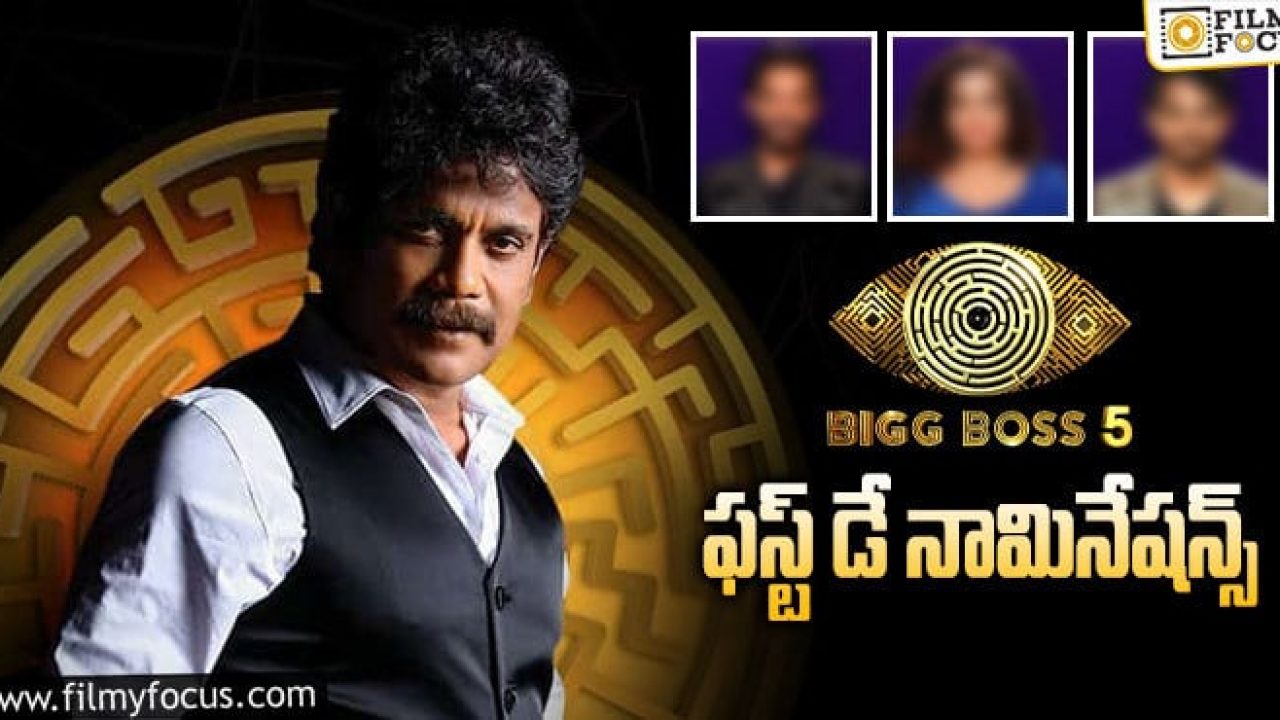 The show Bigg Boss has introduced the latest content to the audience, erasing the boundaries set on Telugu television. At the same time, it received a huge TRP rating and set the trend at the national level. Meanwhile, Telugu Bigg Boss, having already completed four seasons, started the fifth season on Sunday. The nomination process was leaked in the first week in the wake of this whoever is in the Elimination Zone this week!

The uniqueness of the Bigg Boss show in Telugu is different. The reality show, which airs every year, is gaining huge popularity. With this, it completed four seasons. It was in this order that the fifth season of Sunday evening began with a grand opening. Tollywood senior hero King Akkineni Nagarjuna also hosts it.

Usually, Bigg Boss introduces the contestants in the premiere episode and broadcasts their games. After that, the respective contestants will speak. The host then sends them inside the house. However, in the fifth season, he played four tasks with 19 contestants in the opening episode. Thereby further raising expectations on the show.

It has to be said that the most important event in the Bigg Boss show itself is the nominations process. Conflicts between contestants appear during this process. Love and friendship between the contestants also arise during this task. They share the fun with the average Bigg Boss viewer. This process takes place very interestingly in every Monday episode.

A total of 19 celebrities entered the house as contestants for the fifth season of Bigg Boss. On Sunday, the house looked very noisy. However, the game starts on Monday with the nominations task. It is in this context that everyone seems to be interested in who will be nominated this week. With this, everyone is waiting for this episode.

The nomination process will be shown in an episode airing on Monday. However, the shooting for this has already been completed. In this context, the issue of who has been nominated for this task has been leaked recently. According to reliable sources, anchor Ravi, Jaswant, RJ Kajal, Hamida, Manas, and Sarayu will be nominated in the first week.

Anchor Ravi, who landed as the title favorite, is also among the latest nominated contestants. This will definitely be shocking news for his fans. However, being a contestant with a huge fan following outside can help you understand his votes range. It must be said that fans are guaranteed to fuss with the votes.