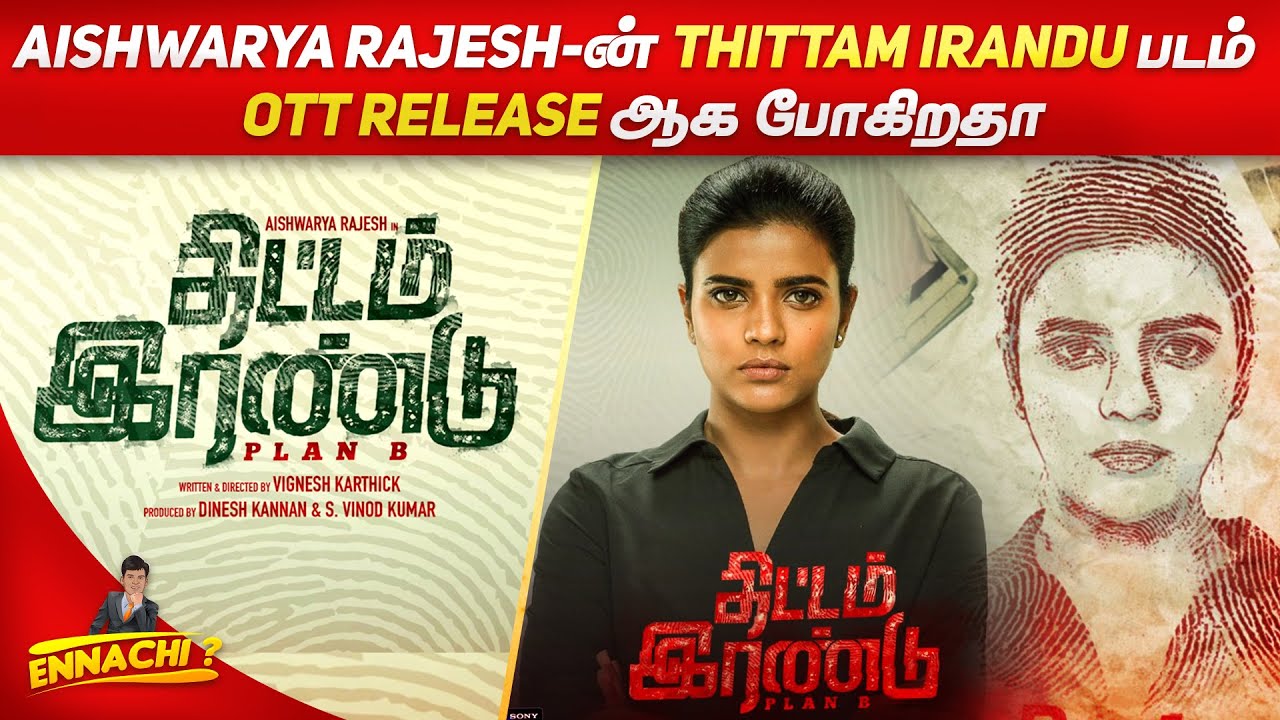 Actress Aishwarya Rajesh is currently working on the upcoming film ‘Project Two.’ The film is directed by Vignesh Karthik, best known for his short film ‘Yours Shamefully.’ It has developed into a horror film full of startling mysteries. The final stages of the film have been completed and are now ready for release.

The film crew, which had planned to release the film ‘Thittam Irandu’ directly on the OTT as the theaters were closed due to the Corona threat, has been in talks with leading OTT sites in this regard.

It has been reported that Sonyliv has finally acquired the OTD rights to the film. The film is also slated to release on 30th July 2021. An official announcement is expected soon.

It is noteworthy that the movie ‘Ka Pae Ranasingam’ starring actress Aishwarya Rajesh was released live on OTT last year.